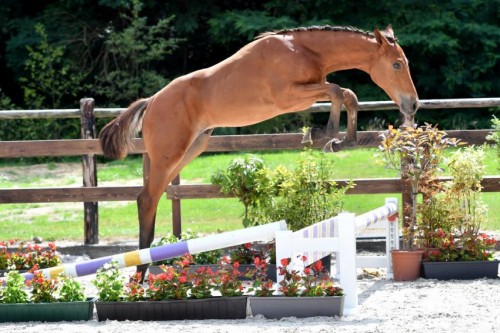 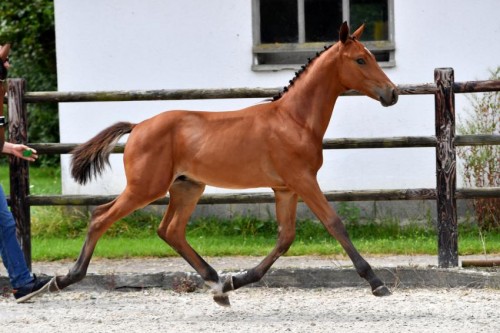 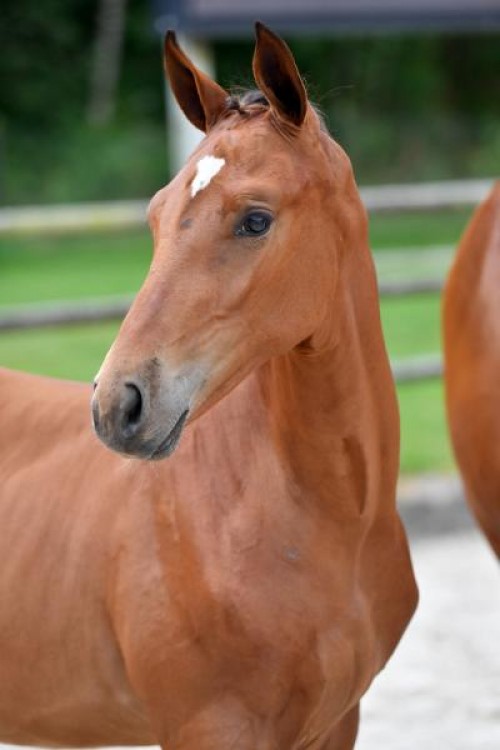 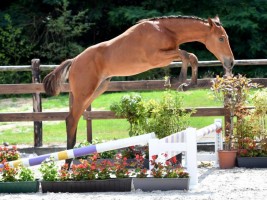 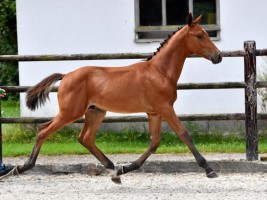 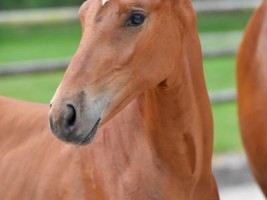 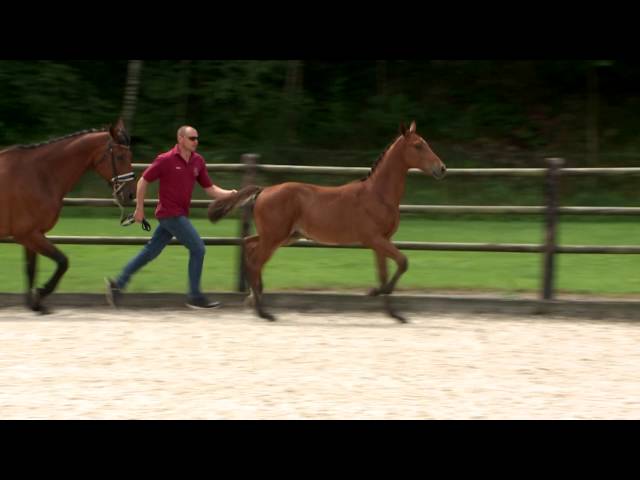 Arezzo VDL is a young stallion out of Chin Chin x Heartbreaker, who is particularly successful in both sport and breeding. He will be prepaired by Jur Vrieling for the great work. Soon  he will take it over from  Zirocco Blue.

Quilano's dam line comes from the progeny of the Hanoverian mare Dunkelheit. Out of this line we see the lines of the Lambroeck and Du Ri d'Asse, and also the famous mares Dorien Breemeersen and Kitona the Lauzelle.

Dam  Ayla was as 7-years-old, ridden by Dennis Caubergs champion of Belgium and jumped successful at level 1.40m. Several years ago (2013), a Dakar VDL son was the most expensive foal in our auction, sold for 20.000 euros.

Granddam  Try It (s.Darco) became  4th at the Belgian Championship for 7-year-olds before she moved to America.

Quilano already developed nicely. He moves well and his canter is great. On the jump he already shows a lot of power!