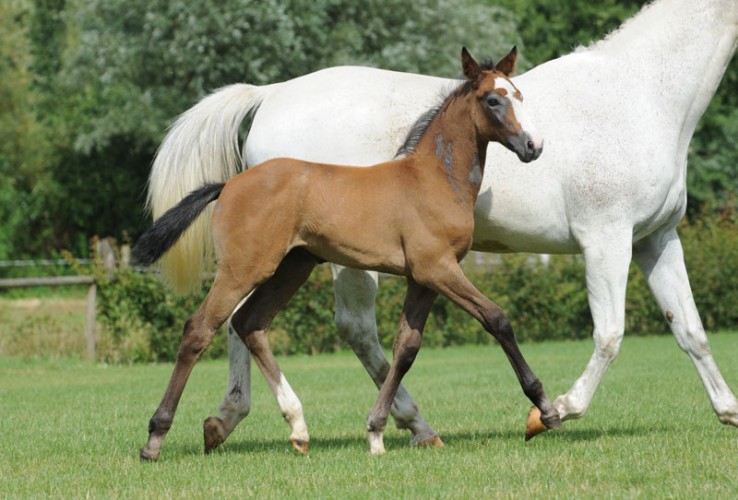 I Fight’s father Cardento used to jump at the highest level under Peter Ericsson. As a breeder Cardento has delivered finalists at the world championchip for young horses for several years. Mothers father Bon Ami competed under Eric Wouters at international level. Wonami (Michael Whitaker) and Pomme d’Ami (Peter Charles) are but a few of his internationally performing products. Grandmother Darola is none less than the full sister of Ennio, Fernando Sarasola’s top horse at the Atlanta and Sydney Olympic Games.