View the entire collection of Editie 2012 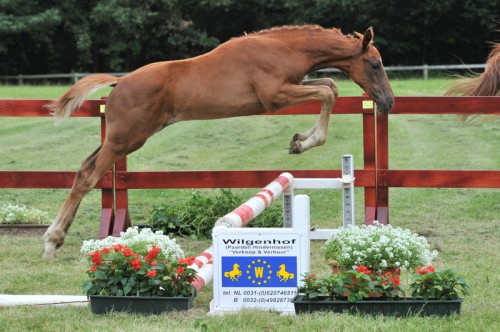 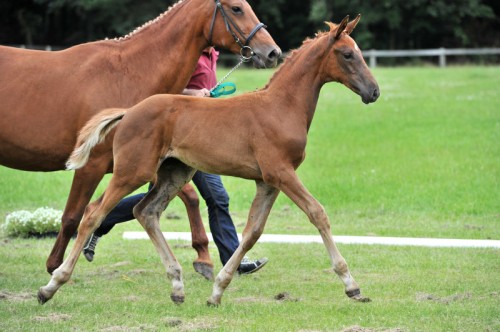 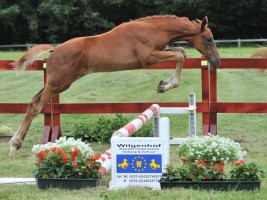 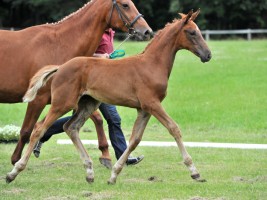 Nabab de Reve’s offspring always reaches the podium at the big championships. Vigo D’Arsouilles became world champion in Kentucky and this year it was Eurocommerce London who won silver at the Olympics in London.

Mother’s father Indoctro is the best breeding Capitol son eve. Mabab M’s mother Venezia proves her sporting ability through her offspring: her son Dreambreaker, as a 6-year-old, (Heartbreaker) ended 13th in the final 2009 season standings of the classical cycle, with 13 faultless runs. He won the B-final for 6-year-olds at Gèsves and was sold to Egypt. Venezia’s daughter Coline M (Voltaire) is mother to Firstbreaker M (Heartbreaker), who just last year, as a 6-year-old, made only 1 fault in 6 starts in the classical cycle. This year she was a finalist with the 7-year-olds at the Lummen Belgian Championship. Grandmother Goldfee is mother to Goya (Gigant), who in turn was mother to several Z jumping horses (Florentina vd Mispelaere, Mandy vd Breemeersen, Prianta van Rudmiek, …).

Last year, the Quidam de Revel daughter Luidame M, from the same mother as Mabab M, was sold to the Swedish family Zettermann through our auction!