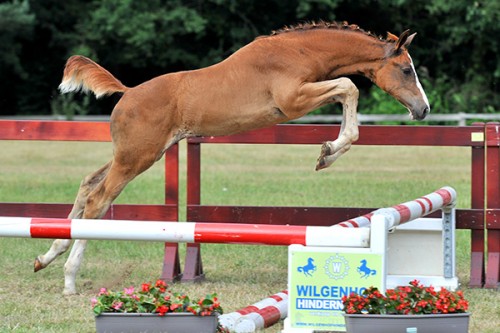 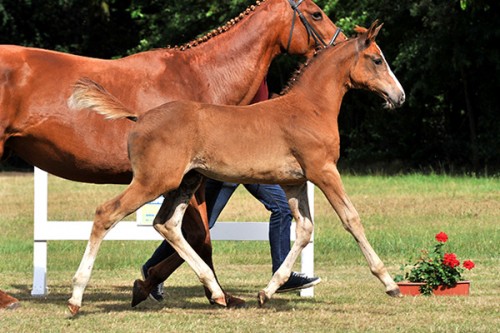 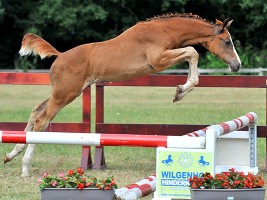 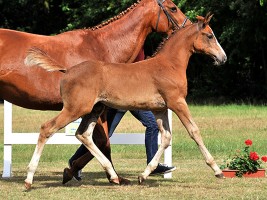 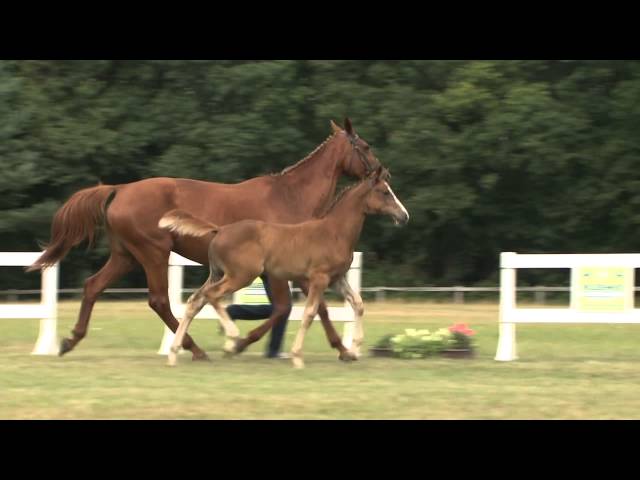 We have come to expect Balou du Rouet to produce appealing types and this is no different with Nalou M. Additionally, she has strong movements and is already jumping with the proper mannerisms.

Father Balou has started to make a name for himself as a top sire. For example, he is father to the Grand-Prix horses Baloon (Shane Breen), Grand Balou (Alex Duffy), Ballerina (Emile Tacken) and Palletti (Pilar Cordon Muro).

Mothers father Indoctro is possibly the top breeding Capitol son ever approved. Proof that Nalou M’s mother, Venezia, passes on great sporting abilities, is in her offspring: her son Dreambreaker (Heartbreaker) in 2009, as a 6-year-old, finished in 13th place with 9 clean runs in the classic cycle. He won consolation amongst the 6-year-olds in Gèsves and was sold to Egypt. Venezia’s daughter Coline M (Voltaire) is mother to Firstbreaker M (Heartbreaker), who as a 6-year-old only made one mistake in six runs during the classic cycle, and who became a finalist last year with the 7-year-olds in Lummen (BC). Grandmother Goldfee is mother to Goya (Gigant) who in her turn is mother to various Z-jumping horses (Florentina van de Mispelaere, Mandy van de Breemeersen, Prianta van Rudmiek,…).

In 2011 the Quidam de Revel daughter, Luidame M, from the same mother as Mabab M and Nalou M, moved to the stables of the Swedish family Zetterman through our auction!