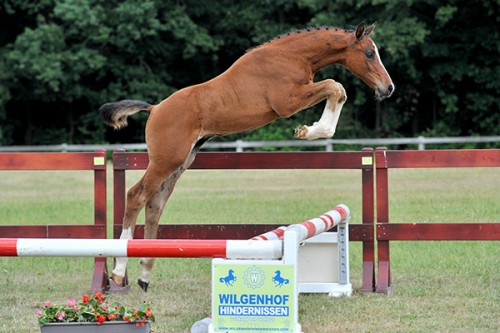 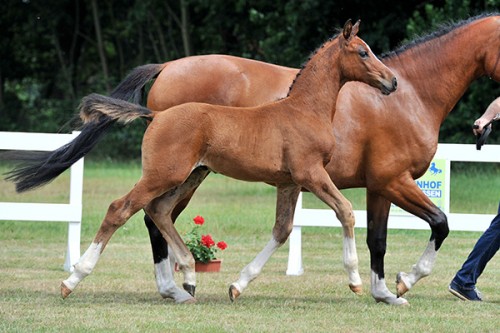 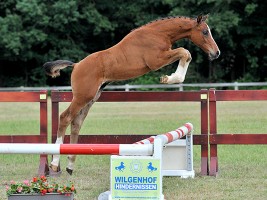 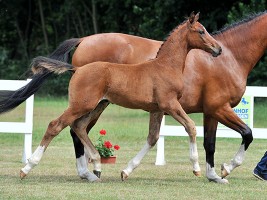 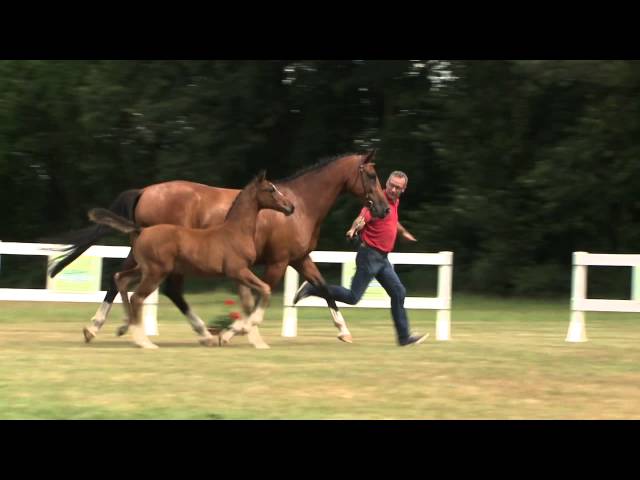 Here he is, the eyecatcher of our 2013 auction, immediately he draws attention with his expressive gaze, tactful movements and amazing gallop. Combined with his fantastic way of jumping, he makes every hippophile googly-eyed!

This year, his father Cooper van de Heffinck won his first grand prix at a very young age under Olivier Philippaerts. The first of Cooper’s descendants show a great skill with jumping.

Harmony-K (BWP line 71), mother to New Star, is a daughter of Randel, one of the best sons of the popular Ramiro ever. By the way, Cornet Obelensky also has a Randal mother!

At the moment it is Cortez (v. Randel Z) who regularly wins under Beezie Madden.

Further in the pedigree we find the well-known Avontuur mare Pattaya van de Wellington, who was champion of the day during the presentation days in St. Niklaas and is also mother to Busch van het Prinsenveld (v.Clinton) who jumps 1.50m under Koen Vereecke.