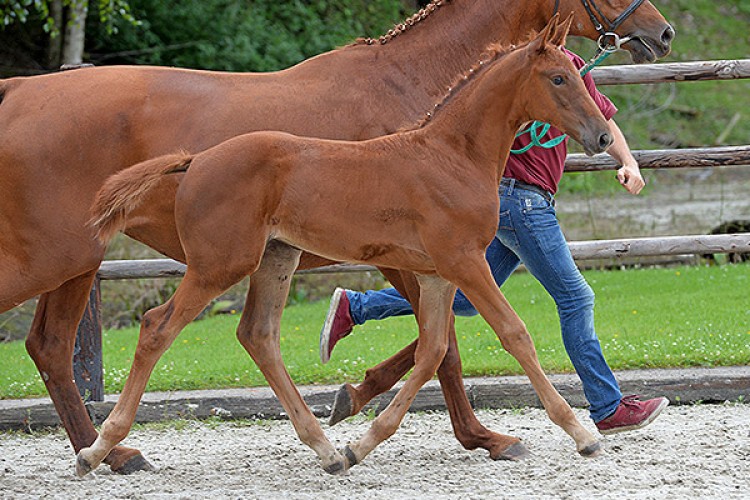 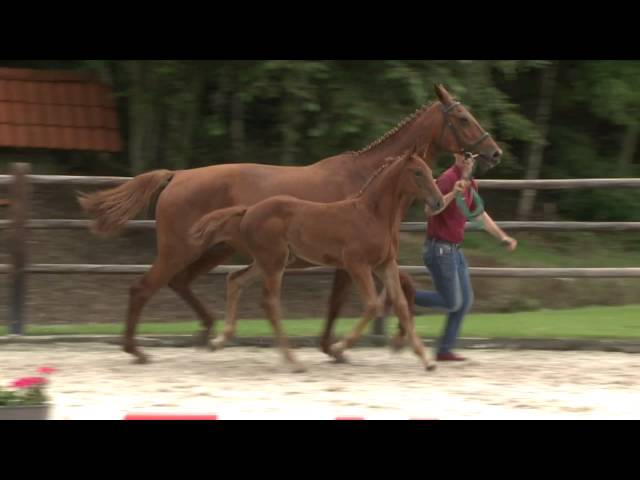 The genetically superb Nabab de Reve still belongs among the best breeders in the world, and it shows in this beautiful and strongly developed mare-foal Obabine-M. Mother's father Indoctro is possibly the best breeding Capitol son. The fact that Nalou M's mother breeds sporting genes is proven by her offspring: her son, Dreambreaker (Heartbreaker), finished 13th in the 2009 classical cycle as a 6-year-old with 9 clear rounds. He won the Gèsves little final and was sold to Egypt. Venezia's daughter Coline M (Voltaire) is Firstbreaker (Heartbreaker)'s mother, who, as a 6-year-old, only made one mistake in six classical cycle starts, and who was a finalist at the Lummen 7-year-olds championship (BC) last year. Grandmother Goldfee is mother to Goya (Gigant) who on her turn is mother to several Z-jumping horses (Florentina van de Mispelaere, Mandy van de Breemeersen, Prianta van Rudmiek,…).

In 2011, the Quidam de Revel daughter, Luidame M, from the same mother as Mabab M and Nalou M, passed through our auction on her way to the Swiss Zetterman family stables!