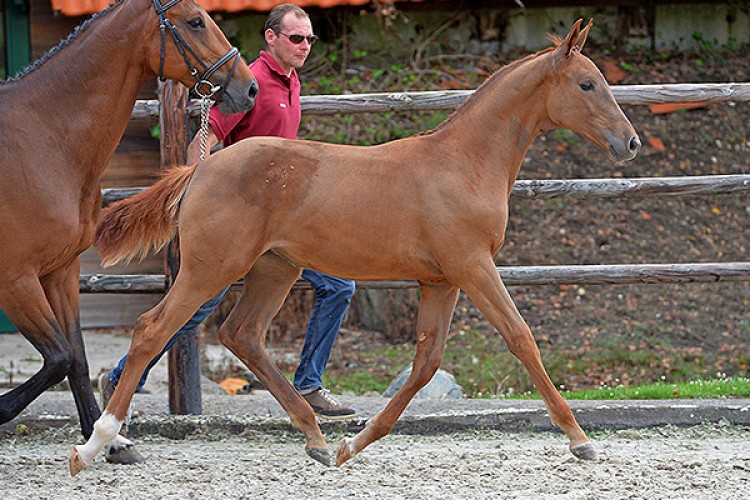 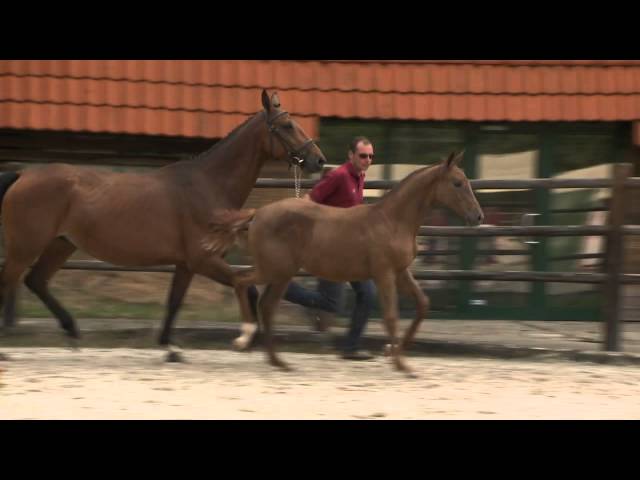 Just like her full sister Navalina van de Fruitkorf, who changed stables through this auction last year, this Olalla van de Fruitkorf is a well-developed foal, with a nice trot and great gallop. Her father Diamant de Semilly is a world-class breeder and sporting champion. As far back as 1999 he already won the France Nationals. In 2003 he won the Jerez de la Frontera WC with the national team. And both in 2002 and 2003, Diamant de Semilly was ranked first in the "la grande semaine" breeding competition for producing selected sporting horses at Fontainebleau. French sporting press: "Diamant, Roi du monde et de France". Here we know Diamant best as father to stallions Emerald van het Ruitershof, Elvis Ter Putte and the younger stallion Jackson, who last year won the title "elite" at the BC under Dayro Arroyave.

Mother Gipsy van de Fruitkorf is an Indoctro daughter. Indoctro, possibly the best breeding Capitol son ever. She also brought us Jewel van de Fruitkorf (Kanan), who was sold at our auction in 2012 as a 3-year-old, after winning the 3-year-olds freejump both at Heusden and Ciney!