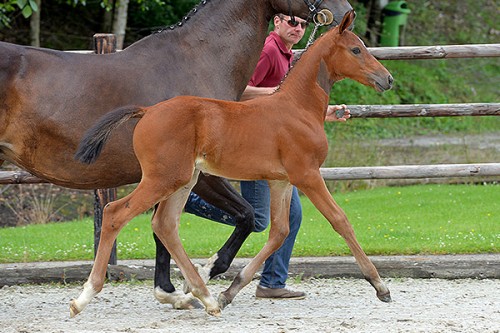 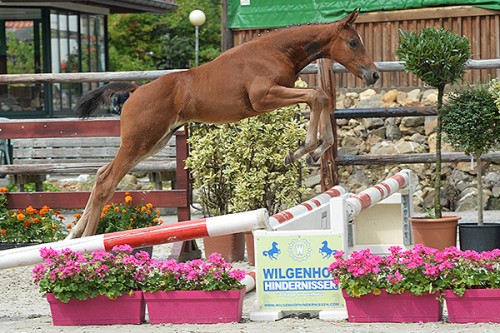 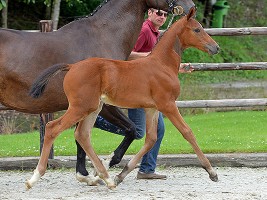 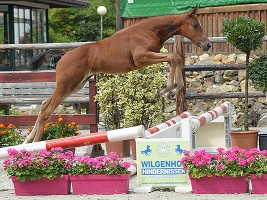 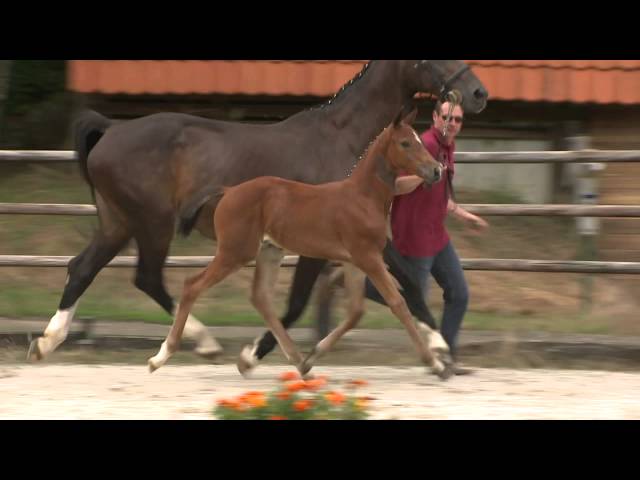 The mother of Bamako De Muze is the Jabico B mare Fragrance de Chalus which herself also has run under Karline De Brabander. She is also the mother of the international stallion Mylord Carthago (successful under the French amazon Penelope Leprevost) and Norton d’Ecole (Cento) and countless other achieving horses.

Bamako is achieving since many years under Karline De Brabander on the highest level and is also father to the BWP champion stallion Kasanova De la Pomme.

He is clearly profiling himself as a truly jumping horse deliverer.During the Belgian championship we discovered on a regular basis in all age categories very good jumping horses of him.

The mother of this very beautiful Only You is an old friend here at the auction. Scarlette van het Meerveld, a daughter to the top hereditary giving Voltaire brought several descendants of Darco to our auction, such as Wonderboy St. Ghyvan, jumping 1.60 with Ronald Zabala. Other of her famous offspring are Aladdin St. Ghyvan (Darco) with Nick Motmans, Farco, Shannon Dale and Escapa St. Ghyvan already act at 1.40 CSI.

On the Prinsjesdag auction in The Netherlands in 2009, another daughter of Calato from Scarlette was sold and more recently in 2012 a son of Darco with her, named Harco St. Ghyvan. Furthermore Scarlette is a half-sister to Knoxville (Elanville) who was very successful with the Italian Gianluca Apollini in the 1.60 trials.