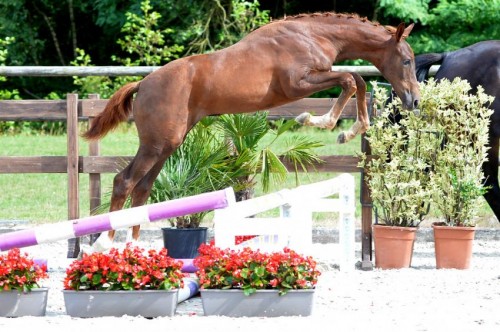 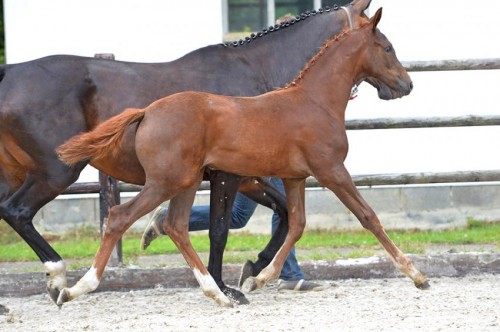 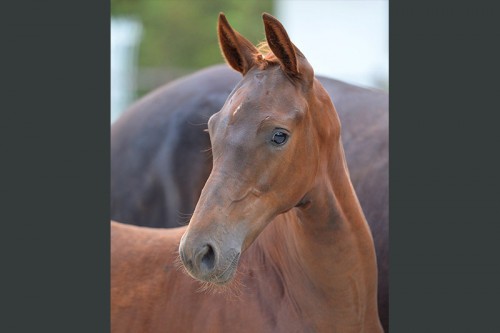 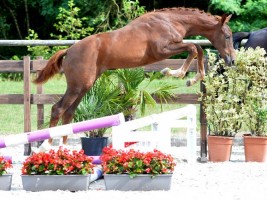 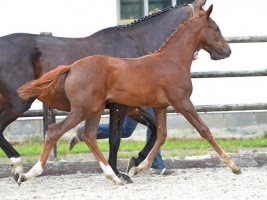 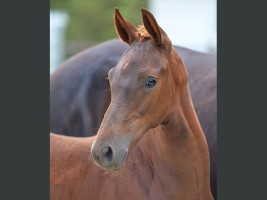 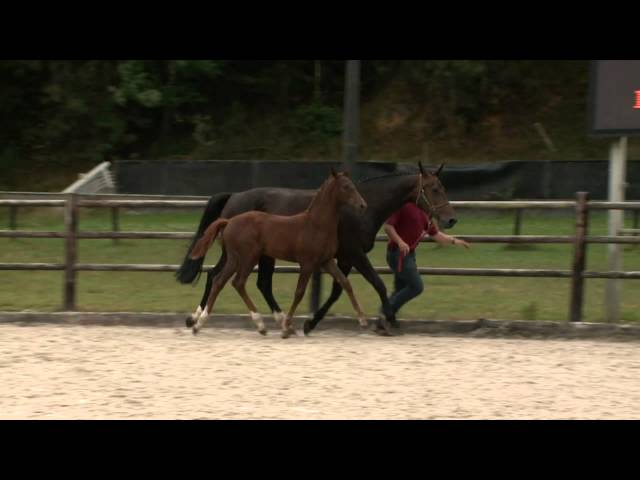 Sire Nabab de Rêve has proven himself in the international sport and breeding. With Philippe Lejeune he was a great value for the Belgian team, winning the team gold at WEG. His off spring is very succesfull at international level a.o. Vigo d’Arsouilles, Walnut de Muze, Glock’s London and Valentina van ' t Heike.

Heartbreaker is also a distinguished figure in sports and breeding. He produced Grand Prix winners such as Romanov II, Toulon, Zidane, Action Breaker and Dejavu.

Paulien - M’s grandmother Venezia produced offspring with a natural ability for sports : son Dreambreaker ( Heartbreaker) and full brother of dam Edelhart - M became 13th in the 2009 finals of the classical cycle as a 6year old with 9 clear rounds. He won the selection of the 6 year old at Gèsves and was sold to Egypt. Venezia’s daughter Coline M (Voltaire) is the mother of Firstbreaker M (Heartbreaker). As a 6year old she only made 1 mistake in 6 starts at the classical cycle and was a finalist among the 7 year olds in Lummen (BK). Grandmother Goldfee is the mother of Gaya (Gigant). Gaya produced several  jumping horses (Florentina van de Mispelaere, Mandy van de Breemeersen, Prianta van Rudmiek, ...).

In 2011, Quidam de Revel’s daughter, Luidame M, from the same mother as Mabab M and Malou M, moved to the stables of the Swedish family Zetterman via our auction!