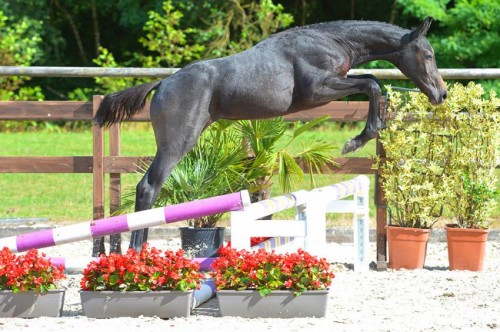 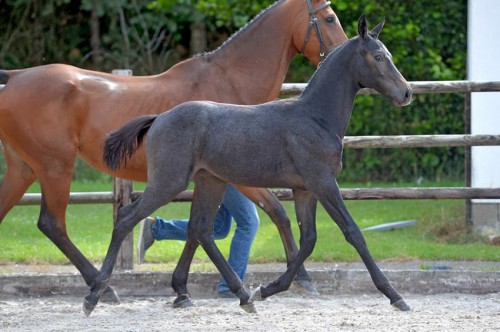 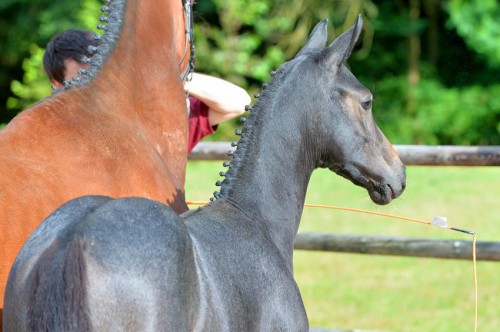 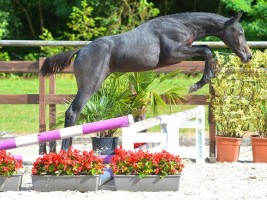 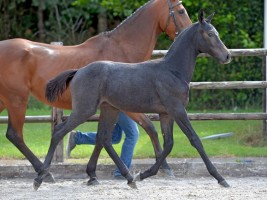 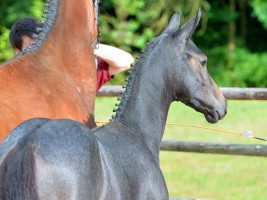 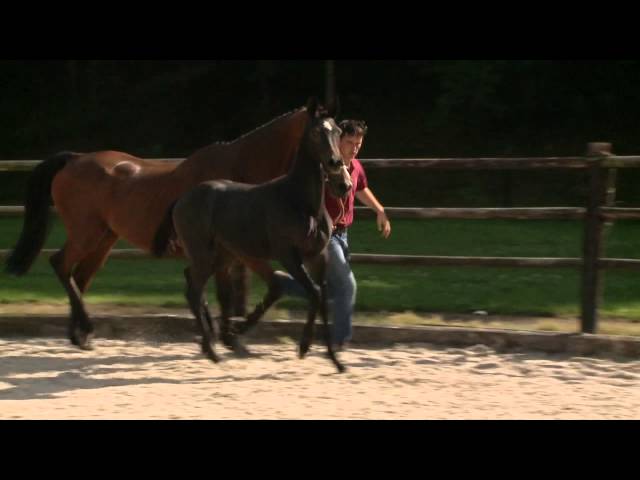 The selection committee was immediately impressed by Pythia van de Fruitkorf's quality. She shows a lot of heritage, long-legged, charming and limber as a cat. She looks like her brothers and sisters from sire Cornet Obolensky, all of whom excel in the big league.

Her dam Galicia v/d Fruitkorf is a daughter of BWP ambassador Darco, without whom we still can't picture Belgian horse breeding. In the dam line we find the 7-year-old Darco son Tailormade van de Fruitkorf who jumps at 1.40 level under Sören Pederson. Furthermore the 6-year-old Kannan daughter, Jewel van de Fruitkorf  (also sold at our auction) who competes in Germany at 1.35 level under Michael Symmangk.