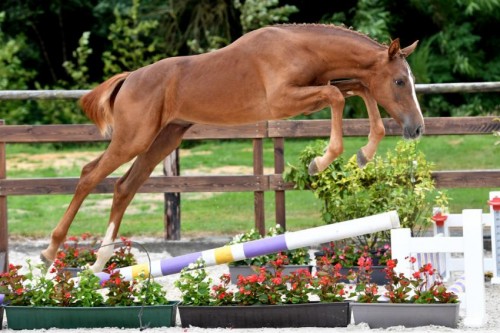 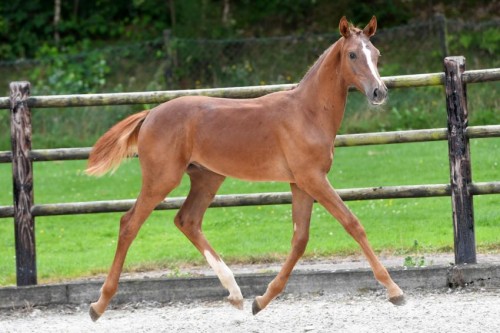 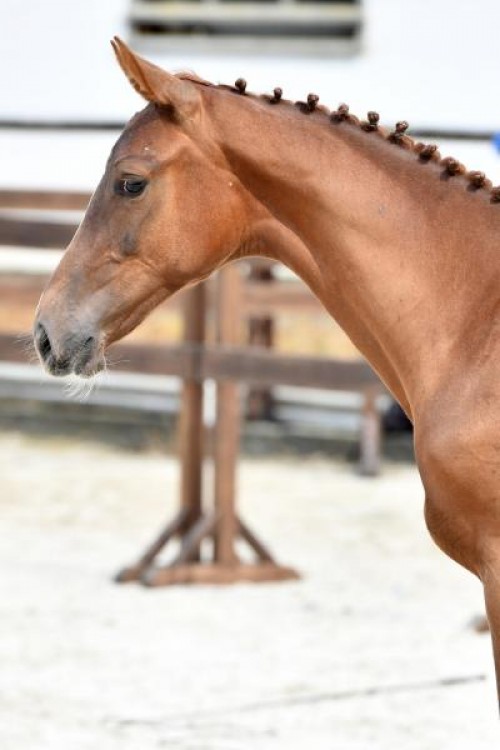 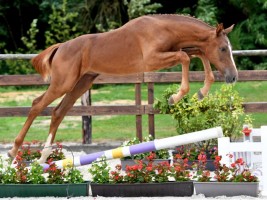 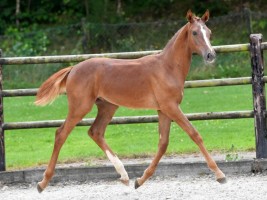 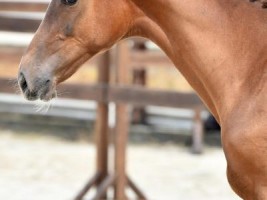 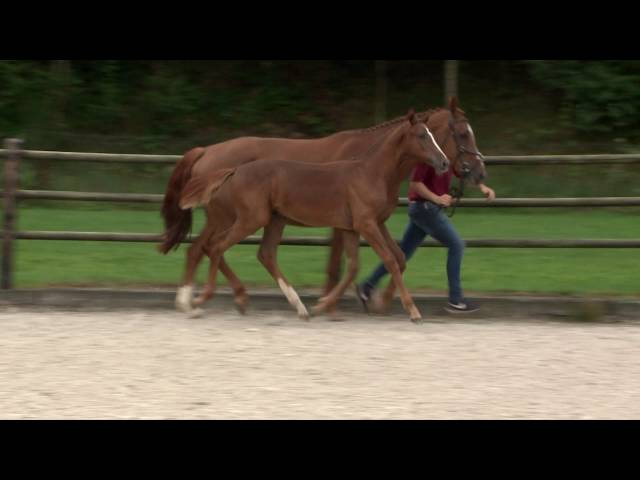 The 14 years old Selle Français stallion Old Chap Tame was as a young horse already very successful and broke trough at the age of 8 on the highest level with the French rider Eugenie Angot. Partly thanks to faultless rounds of this Carthago son, the French team won the Nations Cup in Aachen in 2012 and were second in the Nations Cup at Hickstead. Later, the stallion ridden by Edwina Tops-Alexander, became second in the Global Champions Tour of Shanghai and won the World Cup in Doha.

Dam  of the  Old Chap Tame son is Cobra Z out of  Caretano. Her half sister Breezy (s.Mr.Bleu) performs at level 1.40m with the Swedish rider Svante Johanson.

Quotum van de  Fruitkorf has a very beautiful model and an expressive head. He gallops and moves very well and his jumping  was excellent!