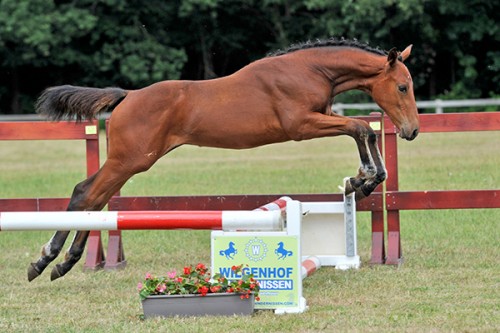 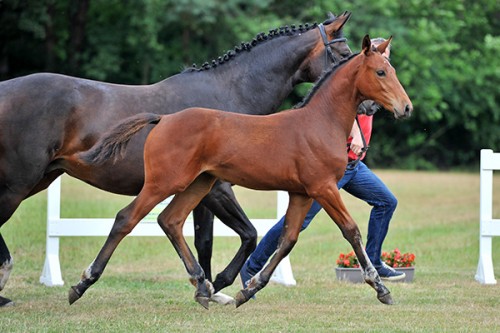 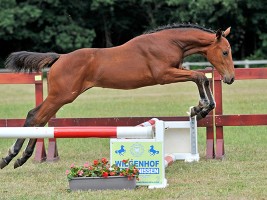 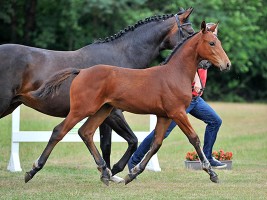 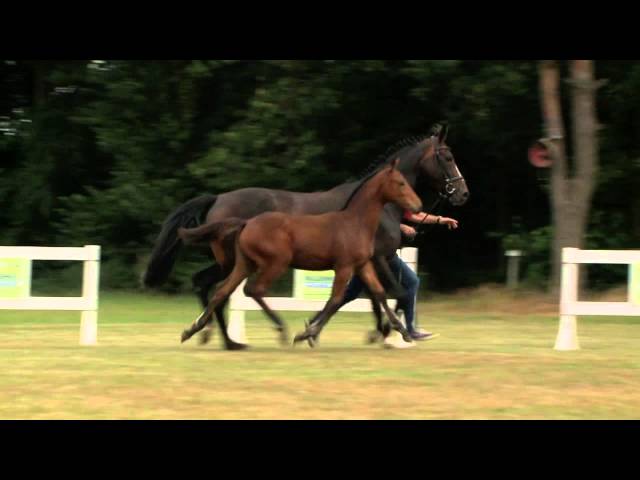 This past winter I’m Special De Muze made quite an impression in the Pavo stallion competition. No wonder, since he is a son of the Grand Prix mare Walnut De Muze (v. Nabab De Rêve) and the 9-year-old BWP stallion Emerald van het Ruytershof (v.Diamant de Semilly), both horses secured the success of the Dutch equestrian Harry Smolders.

Nagante has an illustrious pedigree, both through her promising young father and her mother’s side, with the BWP Ambassadors Toulon and Darco in the direct dam line. This beautifully moving mare foal holds much promise for the future.

Darco daughter Vagante produced in combination with Landor S the most expensive foal of the 2004 Mechelen auction. Her spectacularly jumping Balou de Rouet son Hagant, who is also an AES approved stallion, is successful under Polish amazone Barbara Jankowski.