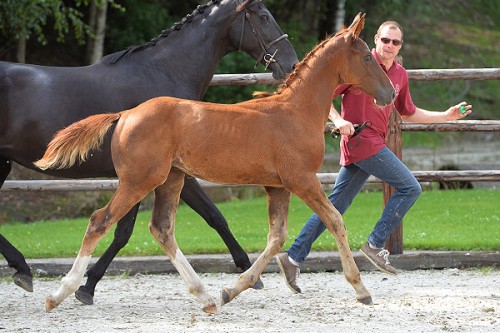 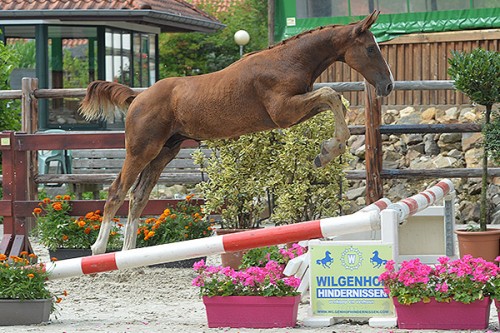 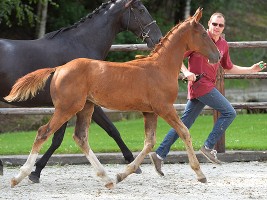 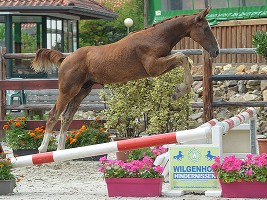 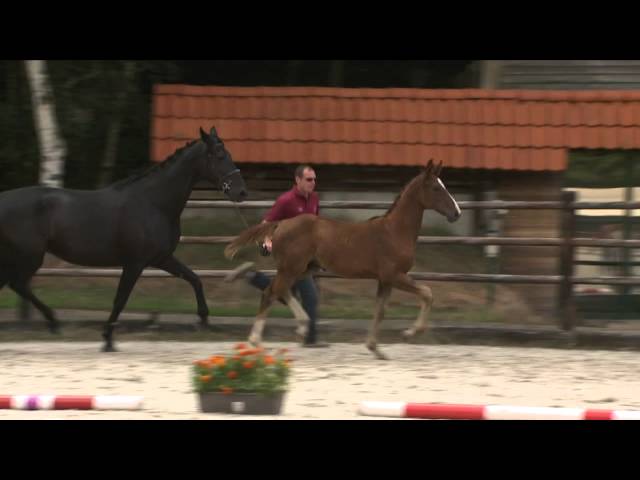 Action-Breaker has proven on many occasion that he can compete among the best in the world. He finished third at the 2003 Aken Grand Prix for example. His first results in breeding are also very promising, with offspring such as Funke van 't Heike under the Italian Giulia Martinengo-Marquet, Elixir St. Exilio, Gold-Action, Elle'A 111 and others, all stand out because of their unusual jumping capacity. Here, Action-Breaker is united with the champion-mare Gipsy van 't Heike (Grandeur). This mare has won the BC for 6-year-olds at Gèsves under Matthias Hens.