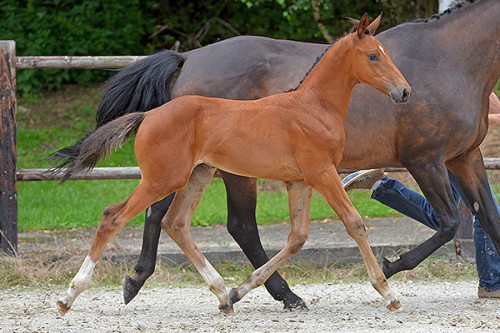 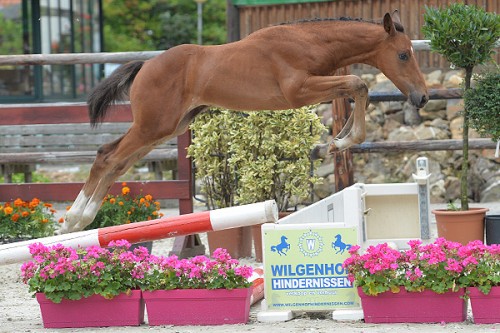 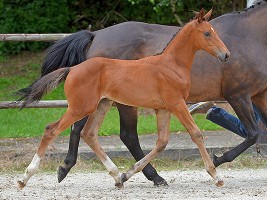 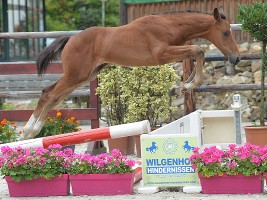 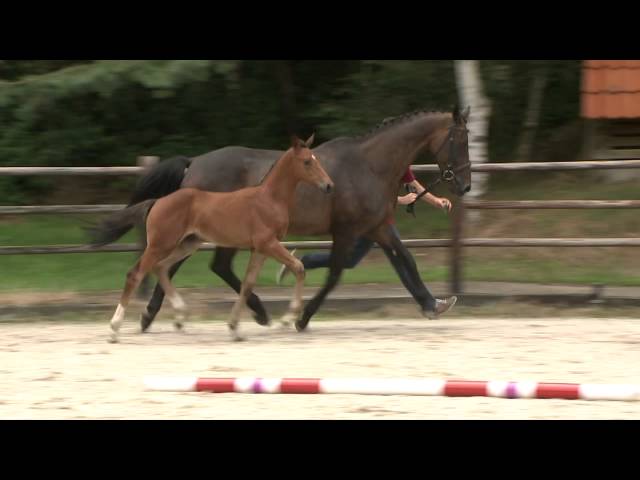 During the Pavo stallion competition, the promising stallion I Am A Moerhoeve's Star showed his amazing jumping abilities under the saddle of Kurt Declerck. His mother, Diablesse De Muze, at the moment is Joe Clee's best horse, and will be attending World Equestrian Cup in Normandy. Some of I Am A Moerhoeve's Star's offspring showed promise at the national BWP foal championship.

Odachi is high legged, moves broadly and gallops with ease. On the jump, he really showed jumping promise. His mother Karola was successful for years at the Z-level and her very pretty daughter Jarosla van de Engelbeek (Griseldi), was one of the best 4-year-olds in the Gèsves final under Nick Verlies. His pedigree shows a lot of jumping talent: Kashmir, Baloubet, Elanville. The dam line, with thoroughbred Oldoway xx, also looks interesting.