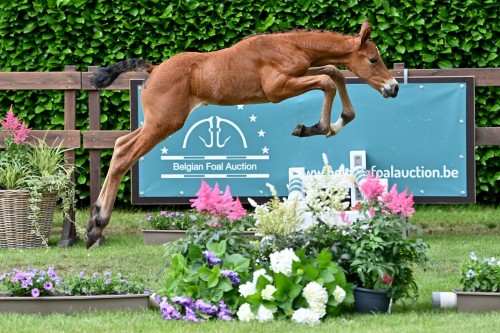 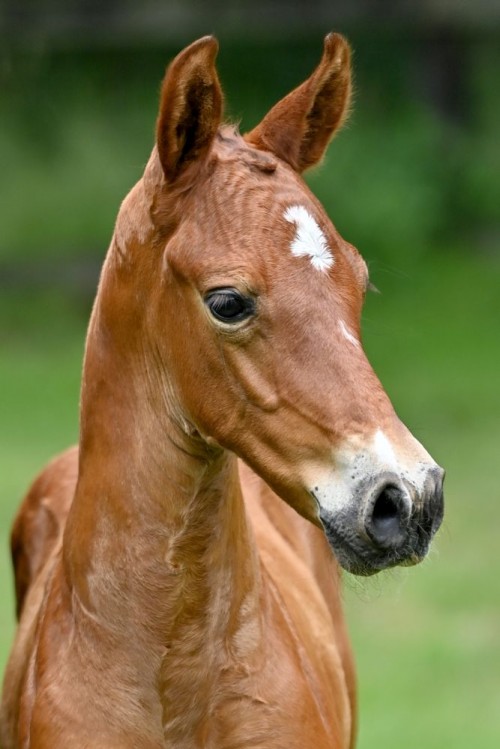 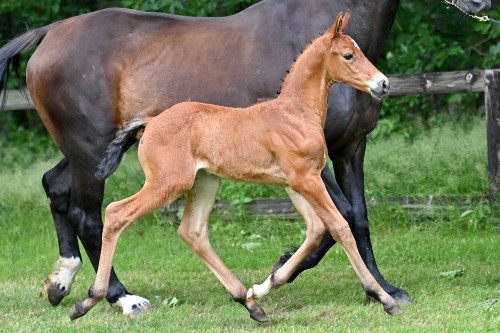 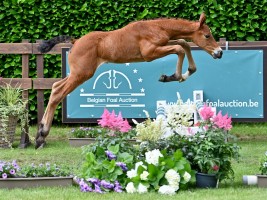 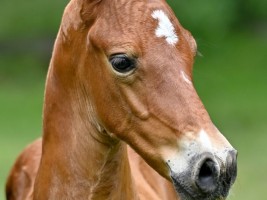 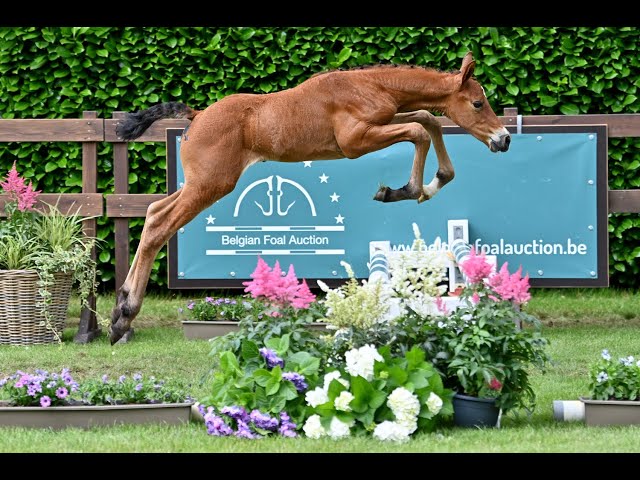 This young colt immediately stands out. He moves with lots of power through the arena and already shows a great jumping technique.

Father of this young colt is the upcoming star of the family Philippaerts, Le Blue Diamant van ‘t Ruytershof. The mother of this son of Plot Blue is the one and only Diamanthina van ‘t Ruytershof. Not only his genes are very interesting, also his sportresults and offspring make him a future star. Le Blue is currently very successful with Olivier Philippaerts on the 1m60 5* level, and already debuted in his first Nations cup for team Belgium. Not only the father earned his stripes, also dam Vegas Tuilière (v. Kannan) was successful at the international level. She herself was active on the 1m40 level with the Stephex riders. Both her older sisters are even performing higher. Star la Tuilière already won a CSI 5* class at Spruce Meadows under the saddle of Canadian top rider Kara Chad. Univers La Tuilière was already placed in the CSI 5* 1m50 with Stephex rider Kendra Claricia Brinkop.

Stunnig colt out of a rather small damline, but with proven sport genes in the first generation.